You mean the world to me

Since we started looking for a house, I’ve been looking at decorating blogs again (Ohdeedoh.com is still a favorite) and yearning for Ikea visits and I saw a balloon with “You mean the world on it” on a blog. It sums up so perfectly how I feel about my little man.

He’s growing so fast, trying to crawl, trying to talk, pushing away from me and every day, even as his rapid growth bums me out, I long for more time with him and I am overwhelmed by the way he makes me feel.

Before he was born, my husband and I promised each other we would always put our relationship first. Thinking back, that makes me laugh. So naive. I have no doubt that he feels the same way now – we’ll always put on a front for our child(ren) but in reality they will always be first for each of us.  I would do ANYTHING for this little guy, anything at all… he means the world to me.

I have been so silly busy lately that this blog is feeling neglected. My little man is growing like a weed and having firsts almost every day now. He sings constantly and babbles and even makes weird noises that then make him giggle. He loves to fake cough and his latest thing is to make a wheezing noise which frankly freaks me out! It reminds of the way my husband hiccups, freakishly inhaling to the point that it sounds like a seizure.

He bangs blocks together which I learned is a big milestone because it’s the two sides of the brain working together. It’s a practice that will lead to walking, but first he’ll crawl and that’s gonna happen soon. He gets up on his knees and rocks back and forth but hasn’t figured out how to move a knee forward yet.

His hair is finally growing back but now we’re dealing with some rawness on his face because he’s always drooling and being wiped. So, I have both my men moisturizing now – I’m very big on skin care!

We are trying to buy a house, but strangely it’s almost as frustrating as trying to conceive. All of the houses we like seem to have been bought three days before we found them and our realtor is so sweet, but the houses she sends have no character. They are practical and if there’s one thing I am not, it’s practical! 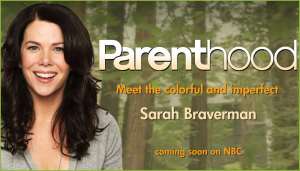 I watched Parenthood last night. I’m really starting to like that show. Weird, how your tastes change to fit your lifestyle (I also read Redbook now, not Glamour anymore!). The characters on there are each coming to terms with their own struggles and as one sister fights to keep her teenage daughter close, her brother loses his job and finds out his wife is pregnant on the same day.

Know when to hold ’em, know when to fold ’em.
Sometimes as you go through life, while you struggle to be in control, you simply cannot. At these times, you have to let go and watch where life takes you.

My son turned six months today, I am starting my own business and we’re looking at buying a house that may be the tightest of stretches for us. All of this added together with the day to day life of a new family and the hormones of a new mother is too much for me to handle. This week, I’m folding, I’ll lean back and watch. Some of the chips will land where they will and as they do, the path will clear for me to control the others.

Posted in Life as a Mum